History of Kovarna “Blacksmithery” dates back to 1237, when King Wenceslas I. realizes barter with priest Zdislav in Bosonohy and permits the crafts such as blacksmith, cooper, miller, etc. At that time, was apparently built the original building of Kovarna. From 1802 until 1925 Bosonohy belonged to Veversky Estate. The last owner of Bosonohy was Alfred Moritz, Baron de Forest. The Land reform in 1923-1926 marked the end of Baron de Forest and his estate finally desintegrated. 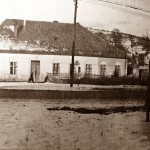 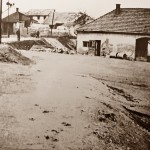 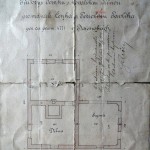 Enlargement of the blacksmithery building took place in 1900, as it is evident from the building plan, which we found in the attic spaces. Plan has a seal and signature of the District Governor. The blacksmithery belonged to local smith Mr. Francis Pavlik, who was at that time still available. The qualities and skills of his craft were well known in the neighbourhood. Number of grooms from the nearby estates rode to him shoeing their horses. At that time our village was connected with the surrounding municipalities only by dusty roads. In that time went road from Brno to Prague through Bosonohy (today’s Prazska Street – means Street to Prague). It was a dusty road, and later partially paved dice. However, as it tourned out, it was a very important communication.